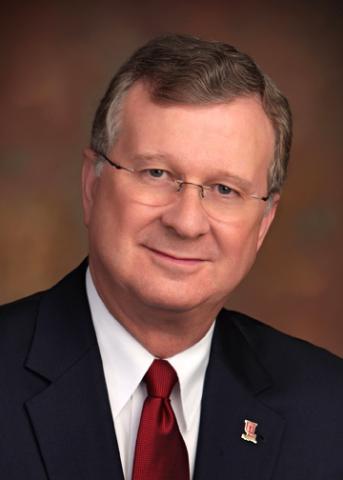 Dr. E. Joseph Savoie is the sixth president of the University of Louisiana at Lafayette. He has served as president since 2008.He holds bachelor’s and master’s degrees in education from UL Lafayette and earned a doctor of education degree in educational leadership and administration from Columbia University’s Teachers College in New York City.

He previously served as Louisiana’s commissioner of higher education for 12 years, and was involved in several major postsecondary education reforms during his tenure, including:

Prior to his appointment as commissioner of higher education, Savoie served in many roles on the UL Lafayette campus, including vice president for University Advancement.

He and his late wife, Gail Heinbach Savoie, have a daughter, Blaire; a son, Adam; and a granddaughter, Addison Marie.